Correspondent Banking Model has never been so theat 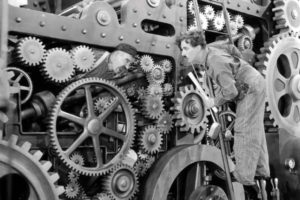 Looking at the last decade and how much the global economy has become the model, it could be surprising to see the very low level of improvement in cross-border payments (excluding for sure the creation of SEPA for Euro) compared to domestic payments. Nevertheless, cross-border payments represent an attracting playing field for Payment Service Providers as, even if they only count for 20% of volumes, they generate 50% of payment revenue.

There is no doubt that cross-border payment volume will show a continued growth over the next decade. But the real change to consider is less a volume increase than a structural change in the type of transactions. Being mainly focused on B2B today, B2C and even C2C cross-border payment market shares will be fuelled by the globalization of ecommerce and galloping migration flows. This trend will also be coupled with the emergence of micro-payments (very small amount) supporting the global ecommerce. The other major trend to consider for cross-border payments is the generalization of the “domestic experience” where customer already benefit from real-time, rich data-set and reconciliation information or services, and certainty of payments.

Correspondent Banking model is at an inflexion point

Cross-border payment activity is mainly supported by Correspondent Banking organization and FIN MT messaging standard. This scheme has been sedimented in the same proposal for such a long time that only 2 major improvements could be noticed since the beginning of the 21st century (before the recent SWIFT GPI announcement) are the creation of CLS in 2002 to secure FX transactions and the implementation of MT202COV message in 2009. And none of those two has really levelled up the customer experience!
Nature hates emptiness! Hence new alternatives appeared to better answer the market requirements in terms of speed, transparency and traceability: non-banking actors like AliPay or Paypal … Cryptocurrencies and blockchains like Bitcoins , Ethereum or Ripple … Correspondent banking has never been so threat. To face this and answer the market requirements, SWIFT launched the Global Payments Innovations (GPI), leveraging its existing infrastructure and improving the SLA for cross-border payments.

SWIFT GPI appears as the most credible proposal for short term

Looking at first as a tactical and defensive proposal to compete with the many “promising” blockchain initiatives, it seems that this proposal is more strategical than we thought. First, even if the potential of blockchains is still interesting and need to be investigated further, it is not a secret to say that no credible alternative has already arose. New technology adoption, ecosystem consistence, scalability and reachability are many challenges blockchains still need to tackle to build a real alternative to SWIFT.
The interesting part of SWIFT GPI is that it capitalized on its strengths, where newcomers have difficulties, while addressing several needs of end-users. Disruption is sometimes difficult to bring in short term, and the experience shown that only regulation can speed it up, like for SEPA. SWIFT GPI provides a fairly well-balanced proposal with concrete improvements on delays, transparency and traceability whereas it does not required a brand new information system to be delivered.
On the messaging point of view, the announced SWIFT migration from FIN standards to ISO20022 will also provide a considerable improvement on some of the cross-border payment pain points like reconciliation and compliance.

SWIFT GPI is a credible proposal to shortly answer the main cross-border pain points. But if SWIFT has won a battle, they have won the war. The Correspondent Banking model still needs to be renovated to position as a long-term solution and significantly reduces its costs and reach a better rentability for micro-payments.
One area that still needs to be improved is the irrevocability of transactions through the certainty of its settlement. In Europe, the new Instant Payment standard will provide this guarantee, hence reducing the credit risk. But what about cross-border payments for other corridors such as GBP, USD, JPY, …? Bank of England has recently started looking at this in the frame of the overhaul of UK RTGS CHAPS, to explore the opportunity to provide “synchronization” functionality for cross-border payments, also called “atomic settlement”. In a call for interest paper published in August 2018, BoE considers that “there could be scope, working with other national RTGS services, to improve interbank cross-border payments by using synchronisation to achieve simultaneous settlement across currencies.”. And it looks obvious that DLT technologies would be a good candidate to built the external payment ledger for synchronisation and the PvP (Payment vs Payment) mechanism.

Once again, this example illustrates that innovative but realistic solutions are delivered when new technologies can partner with legacy ones to break existing locks without reinventing the wheel.