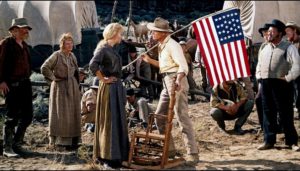 What is a Neobank ?
This new buzz word is gaining more and more attention in the media, but what are we talking about really? There is no standard definition agreed, and the basic idea is not that recent. On-line banks emerged in 90’s with ZeBank, Egg Bank… In the first decade of the 21st century a new generation came on the ground with ING Direct, Boursorama, Fortuneo, primary focused on securities and savings, and finaly extended to the day-to-day banking with current accounts.
Neobank is just the third generation, which considers the smartphone as the cornerstone of our digital life, which can be connected back to the real world through IoT. More simply, Neobank is “the bank in your pocket”, delivering a user experience through smartphones, with real-time transactions as the standard, offering gratuity on all basic services.

A mature market, still attracting new comers
In the myriad emerging players, in a market where main proposals are already on the shelf, La Banque Postale has recently confirmed the launching of a new mobile bank for summer 2019: Ma French Bank. With a 100 million euros envelop, being funded by the 1.5 billion euros budget allocated by the bank to its Digital Transformation program, this project aims at delivering a new mobile bank with the full fledge of classical financial services (payment, saving, consumer credit…) but also more innovative services like crowdfunding for differentiation.
Differentiation, that is the real topic to focus on. The rentability in the Neobank market is sometime questionable in this very competitive market where many actors are already positioned with different success levels. For the second year, Orange Bank as recorded a significant loss with 94 million euros in 2018, even if this deficit is presented as a major investment effort to capture new customers. Other example, BPCE announced in September that will finally not launch Fidor in France, despite the initial investment for 142 million euros to buy this German Neobank. Because of some strong financial difficulties Fidor encountered, BPCE had to recapitalize twice with 90 million euros.
In October 2018, the ACPR, the French Prudential Supervision and Resolution Authority, published a study (1) where they questioned the long term rentability, as only a low number of actors managed to define a viable business model.

Neobank must focus on a clear purpose to define a viable business model
Looking at the success stories in this market, the conclusion is obvious. The proposal a new entrant will make needs to answer a concrete and clear problematic the users currently face. That’s the way it is with digital and the new design thinking approaches, and digital financial services are not an exception.
The very impressive development of the British Neobank Revolut, reaching its break-event point after only 2 years, can be explained with a smart, innovative and simple proposal on currency transactions for travellers, boosted with value-added services on travel insurances. Same for the French Neobank Nickel, which found a clear and solution-less positioning for people “out of the banking system”, completing this offer by leveraging an existing physical network of tobacco shops.
We can also notice that the business models are changing for some them, at least the ones that managed to consolidate their market share. A segmentation of their offer through a “premiumization” based on premium cards, an enhanced service level and a monthly fee is now defined for N26 and Revolut. Another trend is to extend the list of services provided with partnership like N26 who partnered with Younited to enrich its offer with consumer credits.

Toward a new business model less volume dependant?
The common point for all Neobank business model is to target a high number of customers, so that they can benefit from the volume and transaction fees to support their operating costs. As for the gold rush to California, and with such a strategy, we will see many players but few winners at this game. France has a very high level of people already accessing the banking system, and taking into account the low demographic growth, this strategy hence relies on multibanking relationship development. Not sure it is a winning bet!
Gratuity should not the only driver for Neobank, which maybe need to better focus on data and how then can enhance users digital journey with smart financial services. When it comes to digital, it become critical to focus on user experience and not on products, maybe an area where FinTech still are one or two steps ahead.